The Ease of Tokyo Tourism 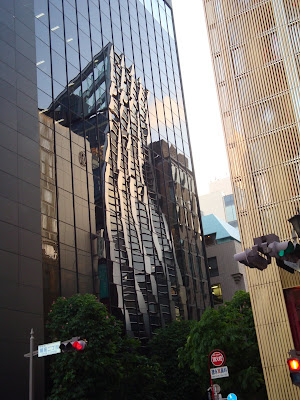 Hearing of my impending trip to Tokyo, people who had been before me set about describing the city, and invariably ended up emphasizing its overwhelm, intensity, its difference from anything we know. And these descriptions came with a look of trepidation, and the vibrations of uncertainty in their voices. Despite having travelled untrodden ground such as Cold War Soviet Union, I was prepared for cultural alienation, geographical/spatial disorientation, energy draining days and nights sequestered in the hotel. After only two days, my experience couldn't be more different. 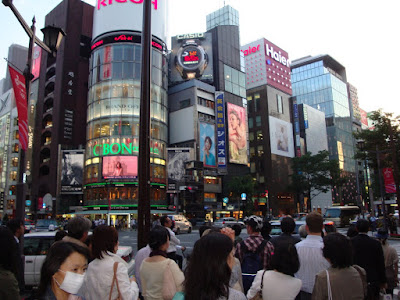 It's true, there is a language barrier, the Japanese speak little to barely to no English. And yet, it's easier to communicate with them than it is with the French whose language I speak. There is a lot to be said for the communicative powers of respect, good manners and politeness. There may be no such thing as an address of a building or location in Tokyo, but finding where I am going has not been a problem thanks to the Japanese efficiency: where we give metro stops and door codes, the Japanese give metro stops, name of the line, no. of the exit from the station, exact distance in meters from that exit, and a street map. And if all else fails, the man in the police box will get out of his box and personally escort you to your destination.

This, contrary to the warning of a man I sat next to on the plane who told me I couldn't possibly step foot outside my door in Tokyo without buying a map. Given the meticulous instructions on how to get anywhere, it's unclear to me why I would need to buy a map. And I could go on - there's absolutely nothing draining about this city. It may be overflowing with people, have an energy like no other, its scale mesmerizing, its facades dazzling and its beat insanely fast, but being in amongst it all is a very pleasant experience. In two days, I have heard one siren, not one person has elbowed me, pushed in front of me, snarled at me, stared at me or given me the proverbial "absolument pas." Neither have I had to hold onto my bag for fear of having it stolen, or apologize to car drivers for crossing the street on the pedestrian green light. Given the safety of the streets, and the good nature of the people here, the respect for personal space, and the ease with which people move through this dense urban conglomeration, I have never felt more relaxed in a big city than I do here in Tokyo.
Posted by Frances Guerin at 4:44 PM

Email ThisBlogThis!Share to TwitterShare to FacebookShare to Pinterest
Labels: Tokyo

I thoroughly enjoyed your take on Tokyo. And then I read more of your blog- your reviews of art and film are brilliant! I'll stay tuned!