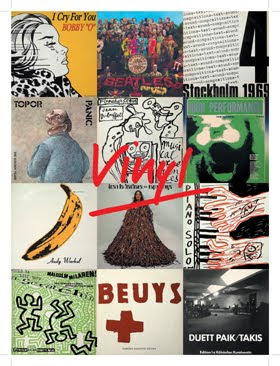 I had a fascinating conversation with a bunch of friends last week when we talked about Writing in Public’s recent blog on What is a Book? James’ story about the students with Kindles not books in the classroom led to various funny stories about how music comes to us today—the fact that we found them funny gave away our age. We couldn’t imagine not knowing what a CD was, and we were in disbelief that so many of the record, CD and video stores in New York City had now closed: no Tower Records, no Virgin. And I recalled the not so young shop assistant in Tokyo who had drawn a blank look when I asked for a tape recorder. I thought it was a language problem, but no, he had no idea of what a tape recorder was, probably because they no longer exist. 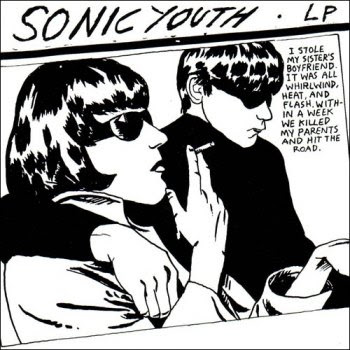 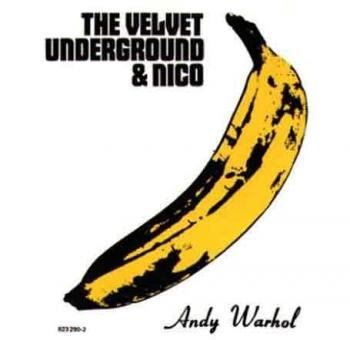 The exhibition is potentially fascinating, but I have to say that much of the interest is probably lost on visitors who are not on the inside of the avant-garde art world. The exhibition is made up of album covers of the collection of Guy Schraenen, a British collector and curator who clearly came of age in the 1960s and 70s, and so, it has a very obvious focus on Schraenen’s interests. The result is an exhibition of album sleeves, that are, for the most part, music that was either composed as art, or to accompany visual and performance art events. There is the odd display of Velvet Underground and Rolling Stones covers (because they were designed by Andy Warhol) and collectors’ items such as the original cover for the Beatles White album, complete with the uncensored poster insert. Again, though visitors of a certain age (the same ones who will be in disbelief that Tower Records no longer exists in NYC) will go down memory lane when they see these rare items, the cover is included probably not because of the Beatles’ renown, but because it was designed by British pop artist Richard Hamilton. 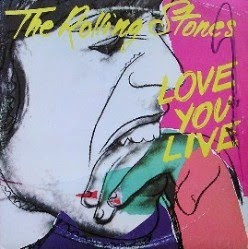 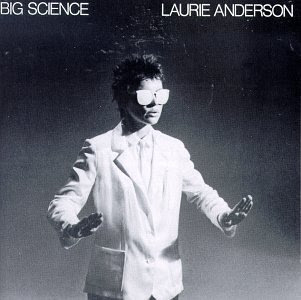 All of this said, my real problem with this exhibition is that visitors will not know what they are meant to be looking at. Is it the art of the album cover, in which case, isn’t that compromised by the mass reproduction of the objects that are generally displayed extremely close to each other, at times as if they are no more than wallpaper. Or are we meant to go down memory lane with the sounds and music that are referenced by the presence of the cover? In which case, how many visitors will be excluded from such esoteric musings? Perhaps the focus of the exhibition is elsewhere? Whatever the intention, more context, explanation and historical information would make Vinyl great fun for visitors of all ages, generations and musical tastes.

Posted by Frances Guerin at 5:50 PM

Hello Frances, thanks again for guiding us through the exhibit on Thursday! Your post makes for an interesting reading and really complement what you told us during the visit. I have yet to publish my own report on Morningmeeting.fr
Let's stay in touch regarding blogging and art activities in Paris!
Marc-André

Your post makes for an interesting reading and really this story is so interesting.
funny facebook statuses