In usual Palais de Tokyo style, this exhibition of the Diorama and its evolution into contemporary art is ambitious, original, and utterly engaging. For people who have never seen a diorama—most people alive today—the first couple of rooms are a revelation. I was thrilled to be walking through with some young people who had never seen anything like the objects on display. They were mesmerized. Seeing their eyes filled with wonder as they watched day turning into night through the manipulation of light behind the Polyorama Panoptique slides of London, Paris and other cities filled me with joy. That these 19th century forms of visual culture are still a source of wonder today inspire faith in the capacity of history to engage and extend the imaginations of the next generation. In an era when young people seem are eternally glued to their cell phones, it’s a encouraging to see their eyes light up in these early rooms. Many of these 19th century forms of visual culture are as exciting now as they were back in the 19th century. 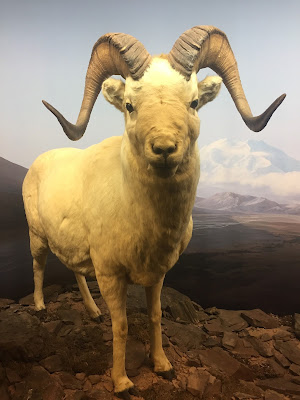 I am not convinced that all of the pieces on display are actually dioramas, so the title is a bit misleading. It’s more accurately a collection of early forms of visual culture that show the seeds of contemporary visual entertainments such as cinema, photography, video and virtual reality. All of the material and conceptual concerns of the cinema and cinematically inspired entertainment are already identifiable as far back as the 18th century. Light as a medium to create movement, the passing of time, the transportation of the viewer to faraway (exotic) places, the continuity between painting and three-dimensional forms such as architecture, visual display and spectatorship, the interrogation of the line between illusion and reality, the challenge to perspective that comes with still and moving photographic images, the possibility of seeing the world differently, and on and on, are the concerns of visual forms such as the diorama, polyorama, panorama, and of course, their relatives in the museum of natural history. There is nothing that film studies talks about today that was not explored in this period.
Thus, one way of looking at Dioramas is to see the exhibition as being not about what the diorama spawned and influenced, but where contemporary visual culture comes from. Religious scenes, landscapes that replicate nature in motion, the display of taxidermy animals made for Natural History museums, in windows stuffed full with figures, objects and activities, wax figures so clearly not mimicking life but reaching towards an audience prepared to believe in the possibility that illusions can be brought to life, are all the ancestors of the image world that we live in. The spectacles of entertainment, and their manipulation of the line between reality and fiction as they journey all the way to fake news begin in the magic seen in these vitrines and theatrical scenes.
Wandering around the first part of the exhibition visitors will be struck by the bourgeoise colonialism and annexation of the nation state that are represented again and again in these forms. Black people in three dimensional spectacles of servitude and oppression, to say nothing of all the animals that were killed for taxidermy and inclusion in scenes to be ogled at, continued to entertain well into the twentieth century. The cruelty to animals and exploitation of certain communities was not the concern of those who made these visual narratives. It’s impossible for today’s viewer not to notice this, and as I moved on, I began to wonder whether the curators were also oblivious to the ethically, politically, and environmentally problematic, even egregious, nature of the displays. And then, directly after the 19th century British fantasy of imperial power, Richard Barnes and Diane Fox’s works confront us with what goes on behind the scenes in the creation of these spectacles. From this point on, the exhibition takes a turn. In Barnes vitrine, Man with Buffalo, Ottawa  (2007) a janitor hoovers the buffalo’s window display. and in another, a giraffe is wrapped and hoisted on the end of a cable in what looks like a theater space.  Breaking the illusion of the scenes in the window also prompts us to recognize the cruelty inflicted on the animals. In Fox’s prints, a lion leaps in reaction to hunters with spears—she is skewered and obviously killed by painted hunters. The lion cannot tell the difference between illusion and reality, and we can only because Fox draws attention to it in order to underline the horror of the scene. In all of her photographs in the exhibition, the tragedy lies in the confusion of the taxidermy animal, its mistaking of the painted for reality being what leads it to its death.

The contemporary works that follow are all sophisticated plays on the confusion of reality and illusion and a simultaneous engagement with the diorama as museum display, wax works and taxidermy window. There are works that question the human diorama as a colonial propaganda tool and the making of black men into a spectacle. Sammy Baloji for example has crafted an installation in which hunters in the Congo in the colonial days collect people and animals to be put into a museum. Or in Paris Streetscape, 2017 Mark Dion collects the trash and places it behind glass for us all to look at. His vitrine is complete with pigeons, parrots and crows feasting on the refuse made by humans. This is not quite the picture we have of Paris’s streets. Thus he undoes the idealized vision of both the diorama as a visual entertainment of enchantment and wonder, and the streetscape of Paris, the modern city that comes to life at the very same time as these forms. In addition, works such as Dion's, like many of the other contemporary installations, take on a whole new attitude towards and create a whole new meaning of ecological sustainability.

Posted by Frances Guerin at 1:39 AM