Why Italy should never leave Italy 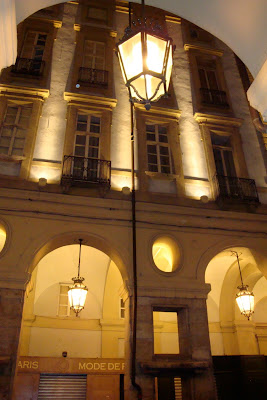 As I wandered the streets of Turin, sat drinking coffee, ran along the River Po, basked in the sun, shopped for shoes and ate pasta to refuel, I was charmed by the Torinitos and their city. Again and again, one question kept coming back to me: Why did they ever let anything Italian out of Italy? Growing up in Australia at a time of large waves of immigration from Italy, things Italian were either labelled ethnic — and in those days ethnic was a derisory term — or they came from a way off land of glamour, style and romance. The well-to-do women of Adelaide society went to Italy to buy shoes, bags and belts so they could come back and lay claim to a place among those unreachable social upper-echelons. Their men aspired to drive Ferraris, but would settle for Fiats or Alpha Romeos for the parade of their sophistication. But they would never eat pizza or pasta, or deign to be seen side by side with a “dago” or “wog,” let alone venture to those outer suburbs where the people from that same glamorous country actually lived. The well-healed and well-oiled white Australians behaved as though the culture was theirs, in a land that they had nevertheless stolen themselves. With this very warped, mythical view of Italy and things Italian, how could I not be surprised and charmed by the beauty and elegance of Italy? 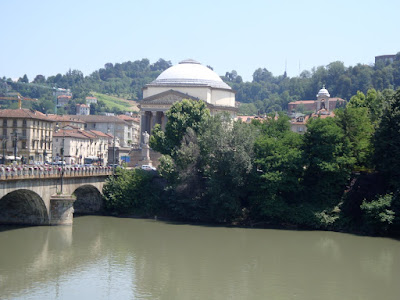 Then as a student of English literature in the 1980s when the likes of Michel Foucault, Jacques Derrida and Roland Barthes were transforming our understanding of culture, I was fascinated by Roland Barthes' essay, "Rhetoric of the Image" in which he talks about how the Italian is coded as Italian for a French society, and consequently, unrecognizeable to an Italian. Italy and the Italian became something that could be bought in a French supermarket, designed for French people, and had no resemblance to the original. And then there was the cinema: Italy was the mysterious, far off other world where the Corleone’s had their family home. And later, I saw it as more nuanced, more complicated, somehow a mixture of Antonioni’s wastelands, Pasolini’s perimeters and populated with the colorful, the wistful, the troubled characters of Fellini’s fantasies. 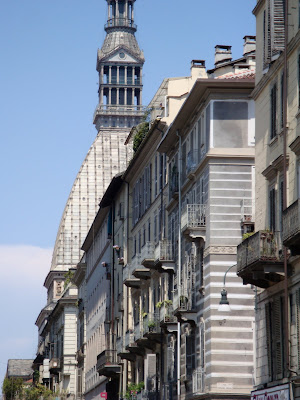 And so in Torino, with all these images of Italy, I was struck to find images that I had not yet seen. Because Italy is such a household phenomenon, I anticipated a city I already knew. However, nothing that leaves Italy in anyway prepared me. Everything in Italy, from the light at dusk, the elegance of young and old as they promenade the streets in the evening, and gather in the squares to eat, drink, be seen, the stillness of the late afternoon as everyone waits for the sun to go down, in preparation of the long night ahead, their ebullience and warmth towards each other, their respect for anyone who is not them, none of this could be anticipated from an indulgence in things Italian in other countries. As soon as Italy and the Italians travel to another country they might become vulgar. Melt in the mouth pizzas becomes fast and cheap food, coffee becomes diluted and unpalatable, style becomes pedestrian, cheapened by those of us who have no history of knowing how to make and use these cultural icons. Whether it be coffee, icecream, pizza, shoes, hand bags, fiat cars or light fixtures, in Italy these things are elegant, tasteful, simple and unreproducible. The pretentious claims to authenticity, style and taste of socialite Australians, are just that: claims on a reality that couldn’t be further away from its replication and exploitation. I guess Roland Barthes told me so all those years ago and I just needed to see it for myself? 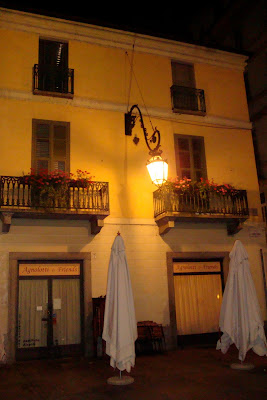 Posted by Frances Guerin at 5:12 PM

Frances, this is so beautiful and so true! I never really thought of it that way. Italian out of Italy looses all its juice, it's not quite possible to reproduce it the same way.
And the photos! They are awesome!